Isabelle and Alistair presented the vocal repertoire of African penguins when at sea, which includes both vocalisations emitted from the sea-surface and vocalisations emitted underwater. From the analysis of penguin-borne acoustic devices, several types of calls were identified in various contexts. Now the next step will be to analyse these in conjunction with diving profiles and accelerometry data to investigate the context of use of the different types of calls. 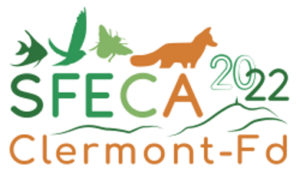 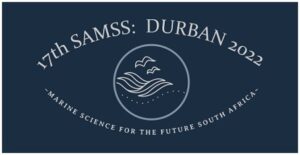 My first fieldwork session with a colleague from the Bioacoustics Team: welcome to the project Chloé H! Despite some challenges due to weather and administrative processes, we can say that this was a successful session for data collection. Many thanks to Chloé, Tegan and Alistair for their constant enthusiasm! 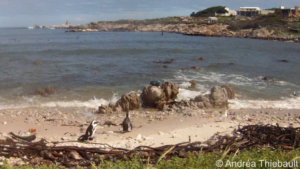 We played boat motor noise to penguins (neither breeding nor moulting) at the Stony Point colony to record and study their reaction to noise. A speaker was placed a few meters away from a group of penguins (on the picture, the blue speaker can be seen on top of the rocks) and the behaviour of penguins recorded on camera. The data are being analysed but a little heads-up: the penguins do react to noise!

A huge thank you to the BirdLife Ethics Committee and the Cape Nature team for their support. 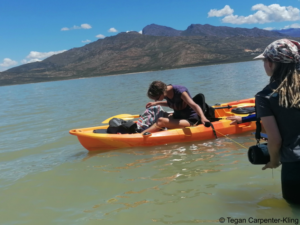 Very theoretical, yet very important acoustic experiment. To my knowledge, this is the first time such experiment was conducted on water. So much fun!

We were impressed to see that penguin’s sea-surface vocalisations easily propagate over a few hundreds of meters!

As I celebrate my 6th month into the project, this month appears to be about dissemination and communication, both to the scientific community and to the public!

The project was presented in the latest issue of the South African Network for Coastal and Oceanic Research (SANCOR) Newsletter!

Check it out here.

Our very first observations and preliminary results were presented at the 3rd World Seabird Conference (4-8 October)!

I am so glad I was able to go spend three weeks in Cape Town, South Africa, for a first fieldwork trip on the AFNAP project! This session was focused on one objective: to record the at-sea vocalisations of African penguins.

Deployments of acoustic recorders on penguins 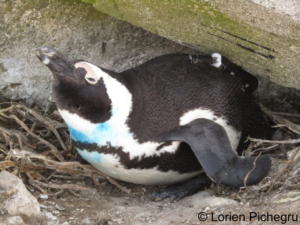 We have equipped breeding adults with miniature devices to record their vocal activity and associated behaviour at sea: (i) a hydrophone to record potential underwater vocalisations, and (ii) an accelerometer and pressure sensor to record their three-dimensional movement underwater.

A huge thank you to Lorien, Alistair, Tegan and Katta for incorporating these deployments into their long-term monitoring! They successfully collected data throughout the breeding season at different study sites. And I am so grateful for being able to contribute to the deployments in July! 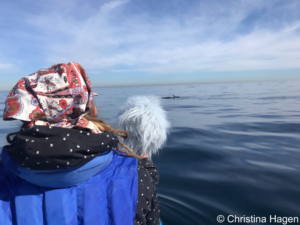 To supplement the data collected using animal-borne devices, we went out at sea to slowly approach penguins, taking care not to disturb them. Indeed, it is essential for this study to not interfere with their natural behaviour to be able to record the vocalisations they spontaneously produced from the sea-surface. This was definitely challenging! But we had a few lucky days with perfect weather, and this was most certainly an exciting experience to directly observe the penguins in foraging action!

JUNE 2021 – Presentation of the project

The project is divided into three research aims:

Seabirds are known to be very noisy at their colonies  (Aubin & Jouventin 2002 Adv Stud Behav), where they congregate in large numbers during the breeding season. However, their communication systems at sea (in a foraging context) are extremely poorly known because of the difficulties of collecting data at sea, even though this is where they spend most of their life. 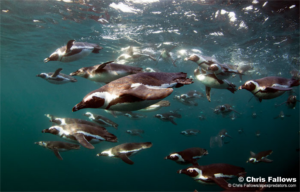 African penguins have long been known to vocalize when at sea (Siegfried et al. 1975 Afr Zool). A recent study revealed the potential of three different types of vocalizations emitted from the sea surface (McInnes et al. 2019 Ibis) but was limited by poor-quality acoustic data. In addition, the existence of vocalizations produced underwater by penguins was recently discovered (Thiebault et al. 2019 PeerJ) but this remains unknown in African penguins.

With this project, we aim to describe in detail the at-sea vocal repertoire of African penguins.

Seabirds are known to cue on each other when at sea to acquire information on the presence of inconspicuous prey (Silverman et al. 2004 MEPS). Active cooperation can take the form of a ‘foraging network’ where individuals maintain a relatively short distance from each other to ‘rake’ the ocean and effectively survey large areas (Assali et al. 2020 J Avian Biol). For flying seabirds which seem to rely mostly on visual cues, such ‘foraging network’ mostly operate over 5-10km distances (up to 40km, Thiebault et al. 2014 Behav Ecol). 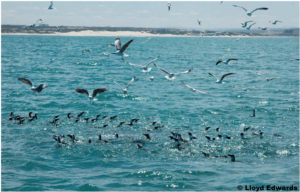 African penguins actively coordinate their feeding behavior in a similar way to cetaceans (Ryan et al. 2012 Ardea) and they benefit greatly from feeding in groups (McInnes et al. 2017 Roy Soc Open Sci). The mechanisms (communication systems) by which they coordinate these group activities are still unknown. Penguins have limited visual range (from the sea surface), so we hypothesize that acoustic signals may play a central role in their ability to communicate at sea. The function of vocalizations emitted by penguins at sea has never been analyzed yet, but recent studies described sea surface vocalizations to be associated with social contexts and grouping behaviors (McInnes et al. 2019 Ibis) .

With this project, we will investigate the function of at-sea vocalizations in African penguins. We aim to assess the existence of a foraging network based on acoustic signals in penguins and evaluate the distance at which acoustic signals may operate at sea.

Anthropogenic noise in oceans has dramatically increased since the industrial age (Weilgart & Butterworth 2007 Mar Mam Welfare), and it is expected to continue increasing with the expansion of the Blue Economy (Smith-Godfrey 2016 Mar Affairs). Noise pollution impacts the physiology, behavior, and sometimes the survival, of all marine life (Williams et al. 2015 Ocean Coast Manage). Awareness around the problem is rising, with most work done on cetaceans and fishes (Duarte et al. 2021 Science). 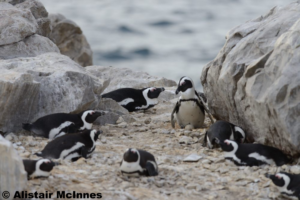 The African penguin is classified as ‘Endangered’ by the IUCN Red List. The population has decreased by 70 % since the early 2000s, largely because of the reduced availability of their prey (Crawford et al. 2011 Afr J Mar Sci). More recently, they showed strong avoidance behavior to seismic survey activities (Pichegru et al. 2017 Sci Rep), suggesting they might be impacted by noise. The emergence of additional threats to their populations is of great conservation concern.

With this project, we will evaluate the vulnerability of African penguins to anthropogenic noise. We aim to contribute to the mitigation of the potential impacts of noise on their Endangered populations.

This project is funded by the European Union’s Horizon 2020 research and innovation program under the Marie Sklodowska-Curie grant agreement No 101026088.

ACNAP Acoustic Communication Network in African Penguins: communication at sea and potential impact of anthropogenic noise on their behaviors.